Sulfur dye is a sulfur-containing dye, which has sulfur bonds in its molecular structure. It is based on aromatic amines or phenolic compounds as raw materials. It is obtained by melting with sodium polysulfide or sulfur, and is reduced and dissolved with sulfur sulfide during dyeing, so it is called sulfur dye.

With the strengthening of printing and dyeing wastewater treatment and environmental protection requirements and consideration of human health, the demand for sulfur dyes is gradually decreasing. Because sulfur dyes are made from certain aromatic amines and aminophenols, some of them are carcinogens. Therefore, certain varieties of sulfur dyes and their production are prohibited. 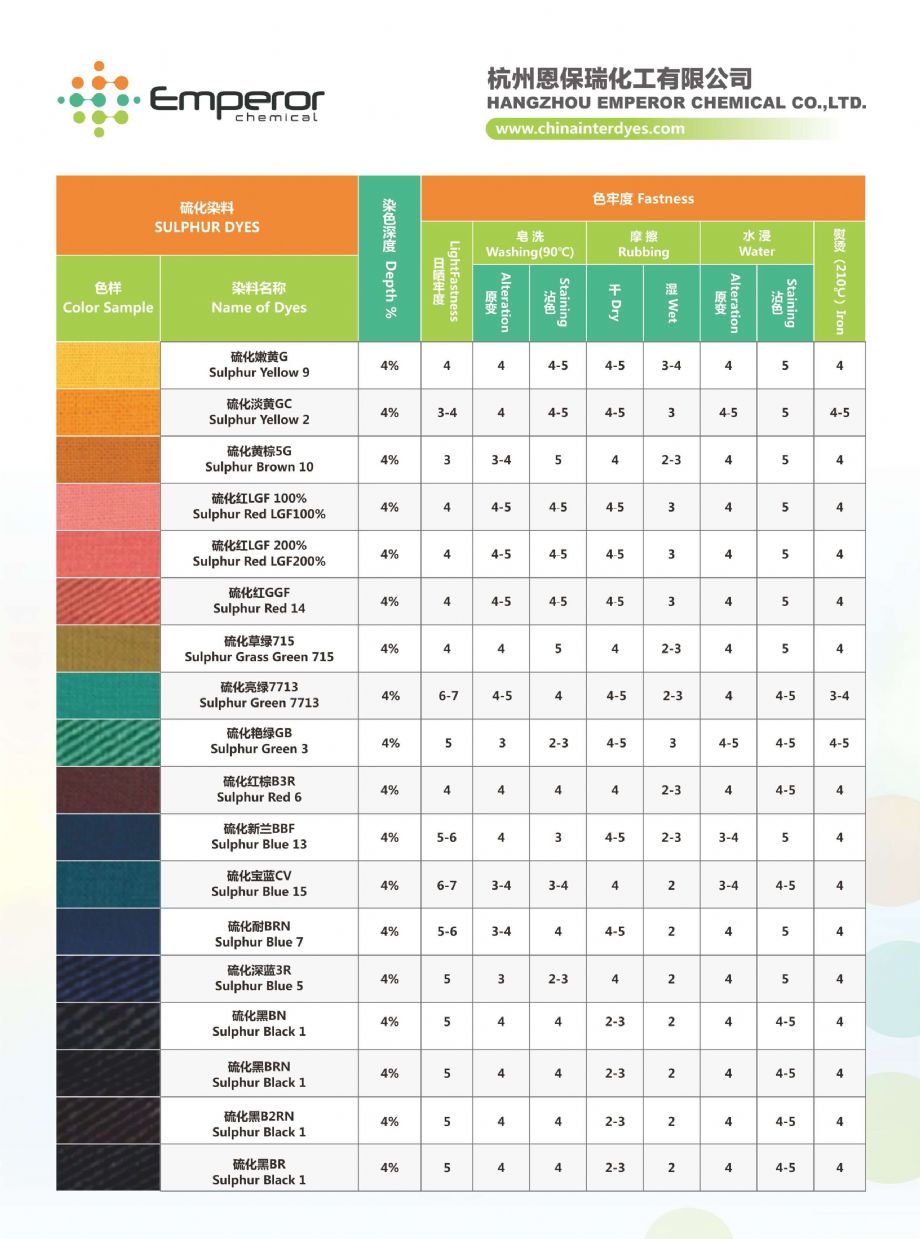 You may want to know:
Emperor Group new productionline finished!
China dyestuff industry is marching towards a world power