China dyestuff industry is marching towards a world power 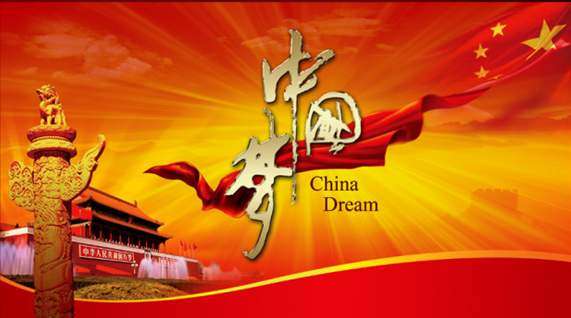 At the beginning of the founding of the People's Republic of China, China's dye industry has a certain scale, with an annual output of 5,200 tons. The products are mainly sulfur dyes, and a small amount of acid dyes and direct dyes. After 70 years of hard work, China's dye industry has achieved world-renowned achievements. It has changed from a state-owned enterprise to a private enterprise. The production level and production scale have been ranked at the top of the world. The dye industry powerhouse marches forward.

Trace back the development of China's dye industry. In 1918, the predecessor of Dalian Dye Factory was established in Dalian, announcing the birth of China's dye industry. After the founding of New China, the development of China's dye industry has entered a new stage. As early as February 1949, the Dalian Dyestuffs Factory resumed production and became the first dyestuff factory in New China. In January 1956, the state-owned Shanghai Dyestuffs Industry Company was established to specialize in the production of dyes, intermediates, and organic pigments. Development; In the same year, Tianjin Dyestuff Chemical Industry Company was established, mainly producing sulfur black, active, acidic, reducing, dispersing, whitening agents and related intermediates; at the end of 1958, Jilin Dyestuff, a key dyestuff enterprise invested and constructed by the Chinese government The plant was put into production, and 22 reduction dye and ice dye dye workshops including supporting raw materials and intermediates were completed, becoming one of the largest dye chemical companies in China, which made China's dye industry an important step towards high-end aspects; in 1964, The Beijing Dyestuff Factory was relocated to the southeast suburb of Beijing for expansion. It mainly produced phthalocyanine pigments, reducing and dispersing dyes, etc., and became one of the key domestic dye manufacturers at the time.

On the eve of reform and opening up, China's dye industry has gradually formed a dye industry pattern including two major dye factories in Shanghai and Tianjin and 12 key state-owned enterprises in Jilin. After the reform and opening up, at the same time as the transformation of state-owned dye companies, a large number of townships, joint ventures, and private dye companies have begun to establish and develop rapidly. Especially the rise of private dye companies represented by Zhejiang has transformed the structure and structure of national dye companies. Adjustment played a driving role.

In the late 1990s, China's main dye production base gradually moved from Jilin, Shanghai and Tianjin, which were mainly state-owned enterprises, to Zhejiang, which was mainly private enterprises. The annual output of dyes once accounted for about 80% of the country, and the export volume of dyes was close to 70% of the country.

Over the past 70 years, China's dye industry has undergone tremendous changes. First, the scale and variety of production have grown by leaps and bounds and has become the world's largest dye producing country. At present, the production capacity has accounted for more than two-thirds of the world's total dye production capacity; more than 1,200 types of dyes can be produced, and more than 600 types can be produced frequently. In 2018, China's dye output was 812,000 tons, organic pigment output was 222,000 tons, dye pigment intermediate output was 437,000 tons, sales revenue was 68.15 billion yuan, and total profits and taxes were 11.86 billion yuan.

Second, technological innovation has become the core driving force for the development of the industry, and a number of scientific research results have been achieved. In the creation of new products, manufacturers and research institutes have started a wider range of research and development, involving all categories of dyes, organic pigments and textile auxiliaries and related intermediates. In terms of equipment upgrade, the large-scale synthesis reaction equipment has successfully solved the engineering and technical problems of large reactors in terms of mass transfer and heat transfer; large-scale filtration equipment that is resistant to high temperatures and organic solvents, such as automatic plate and frame filter presses, have improved filtration The effective area and filtration rate reduce the discharge of dye wastewater.

In terms of clean production processes, vigorously develop new processes to replace traditional processes with severe pollution and reduce the "three wastes" emissions. Such as the use of hydrogen reduction process instead of iron powder reduction, the use of nitrosyl sulfuric acid instead of sodium nitrite for diazotization reaction, the use of non-polluting or low-polluting solvents instead of highly polluting solvents. In terms of "three wastes" treatment, strengthen end-of-line treatment, use membrane filtration and pulp drying to reduce wastewater volume, use biochemical and physical methods to treat wastewater to meet standards and discharge, and use MVR technology and multi-effect evaporation technology to treat waste acid and acid-containing wastewater.

In terms of safety production, standardize the design of new equipment, strictly follow the safety specifications and procedures for the construction of production equipment; improve the intrinsic safety level of production equipment, use continuous and automated processes to reduce the online volume of hazardous materials and products, and keep operators away from dangerous sources; Strict safety management and strengthen training, improve the safety knowledge and quality of relevant personnel, and minimize the accident rate.

You may want to know:
introduction of sulfur dyes