What is Principles and methods for using direct dyes?

The direct dye has a molecular structure in which a water-soluble group such as a sulfonic acid group (-s H) or a radical (-COON) is linearly arranged, and the aromatic ring structure is in the same plane, so that the direct dye has a large affinity for the cellulose fiber. Direct dyeing in a neutral medium, as long as the dye is dissolved in dry water, it can be dyed.
The dye is adsorbed to the surface by the fiber in solution and then continuously diffuses into the amorphous region of the fiber, forming a combination of hydrogen bonding and van der Waals forces with the fiber macromolecule.
Its derived dyes are direct fast dyes and direct copper salt dyes.

direct dye contains water-soluble groups such as -S03Na and COONa, and the solubility increases remarkably with the increase of temperature. For the direct dye with poor solubility, soda ash can be added. Direct dyes are not resistant to hard water, and most of them can combine with calcium and magnesium ions to form insoluble precipitates, which cause stains on dyed fabrics. Therefore, direct dyes must be dissolved in soft water. If the hardness of dyeing water in production is high, soda ash or sodium hexametaphosphate can be added, which is beneficial to both dye dissolution and water softening.


Direct dyes are more direct to cellulose fibers than other dyes. This is mainly due to the large molecular weight of the direct dye, the linear structure of the molecular structure, the good symmetry, the long conjugated system, the good planarity, and the large van der Waals force between the dye and the fiber molecule. At the same time, the direct dye molecule contains a group such as an amino group, a hydroxyl group or an azo group, and can form a hydrogen bond with a hydroxyl group in the cellulose fiber, a hydroxyl group in the protein fiber, an amino group, etc., so that the dye can be further improved.


When the direct dye is dyed with cellulose fibers, the salt acts as a dye. The mechanism of the dyeing is that the direct dye is dissociated into a pigment anion to dye the cellulose fiber in the solution, the cellulose fiber is also negatively charged in the water, and there is a charge repulsion between the dye and the fiber, and the salt is added to the dye solution to lower the electric charge. Repulsive force, increase the dyeing rate and percentage of dyeing. The dyeing effects of different direct dye salts are different. The salt-containing direct dyes containing more sulfonic acid groups in the molecule have significant dye-promoting effects, and the salt should be added in batches during dyeing to ensure uniform dyeing. Direct dyes with a low percentage of dyeing require additional salt addition, depending on the type of dye and the depth of dyeing. Light-colored products with high leveling requirements should be appropriately reduced in the amount of salt, so as to avoid local uneven dyeing, coloring and other dyeing.

EMPEROR company  highly recommend as below: 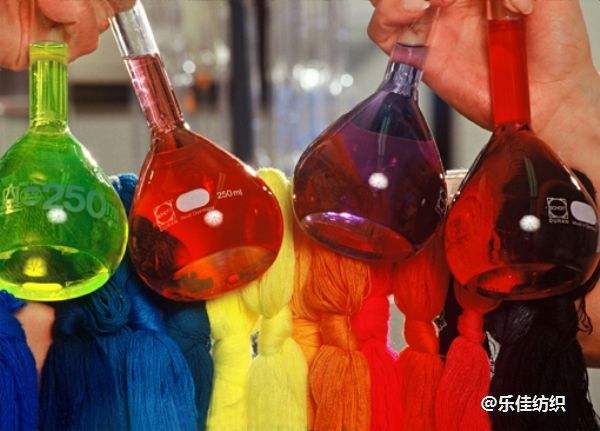 You may want to know:
What are the differences between disperse dyes, solvent dyes and vat dyes?
why need add salt in direct dyeing?